Written in Scars: Genesis of the book

With less than a month until the publication of Written in Scars, I thought it would be nice to write a little about the genesis of the book. Obviously, this is all spoiler free.


First up, I’ll admit that the title itself is an absolute steal from one of my favourite singers Jack Savoretti. He released an album of that name in 2015 and I absolutely love it. Jack’s an English singer/song-writer with the most incredible voice. If you’re not already familiar with him then check him out.

This was always going to be a novella. I finished work on the final book in The Anthem Trilogy last December. The trilogy took over two years of intense work and before I got stuck into another big project, I wanted to write something shorter. Looking over my notebooks I see I tried out a lot of different ideas before settling on an idea of two married men meeting, falling in love and having to overcome some huge obstacles. As I developed the characters, that idea changed slightly. Only one of the men is married when they meet, the other is already divorced.


I almost always start a story with characters: getting to know them, building their backstories and this was no different. I wrote ten-page biographies for the two main characters, Logan and Sam. Most of that never made it into the finished story, but it’s important stuff. I need to know these guys inside and out before I can write them. Where they come from, where they live, the kinds of things they like enjoy or dislike: it’s all nessecary to telling their story.


I always use photographs as a physical reference for the characters. I feel a bit like a director casting a film: getting the right actor for the part. This is how I pictured Logan and Sam while writing them. 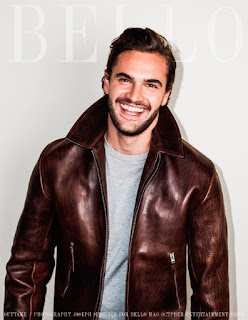 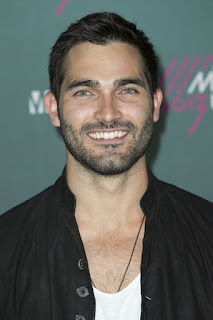 Pretty hot, eh? It’s easy to fall in love with men who look like that and this was no exception. I love these two characters and with everything in place I found them easy to write for. I plotted the story in advance as I always do and looking back through my notes, that didn’t really change as I wrote it. The finished book sticks pretty closely to the original outline. I guess that’s because it’s short. It took a month to write the first draft. It takes me about six to nine months to write the first draft of a novel, so things are much more likely to change in that time.


And that’s a much as I can reveal ahead of release.


The book is available to pre order right now and I’m delighted to see it’s already picked up a 5 star advance review from Gay Book Reviews. Check it out: 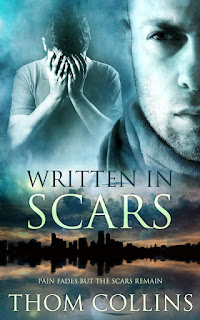