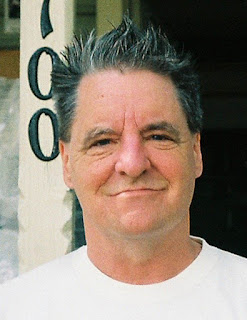 It was a massive shock last month to learn that my good friend Kevin Killian had died after a long illness. Understandably, a lot of people took to social media to share their stories of Kevin and the impact he’d made on their lives and careers. While I wanted to write a tribute to Kevin, it was too soon. The news of his death, just a few weeks after the passing of another good friend was too raw. In a lot of ways, it still is but I’d like to share some of the memories I have of Kevin.
Kevin Killian was a novelist, poet, teacher, artist, photographer, playwright, editor: a truly creative spirit. He lived in San Francisco where he was an influential figure in the art and theatre scene. Kevin wrote four semi-autobiographical novels and numerous short story and poetry collections. Just last year his memoirs were collected in a single volume called Fascination, published by MIT Press. But despite all his own vast achievements, he was generous supporter of other writers and artists.
I first heard from Kevin late in 2000. I was a prolific writer of erotic fiction at the time, having established the pen name Thom Wolf writing for numerous gay magazines through the 1990s. Following the publication of my first novel Words Made Flesh (Virgin Books), Kevin sent a long email praising the book. His analysis of my dirty novel went deep. He saw things in the narrative and language I wasn’t aware of myself, at least not consciously. He read and understood the book in ways I didn’t. From that first letter, Kevin became my unofficial literary mentor.
While I wasn’t ashamed of my erotic writing, I didn’t go around bragging about it either. But Kevin made me realised that erotic fiction, or porn as he preferred to call it, should be celebrated. He encouraged me to keep writing and try new things. Kevin was a hugely experimental writer, and I was thrilled when he asked if I would collaborate on a story with him. Writing had always been a solitary experience for me and I had no idea how we would go about writing together, especially as we were divided by the Atlantic Ocean. But there were no obstacles to Kevin’s creativity. We each created our own characters and threw them together in a story to see what happened. I asked if I could go first, figuring I would write something and then turn it over to Kevin to do whatever he wanted with it. As he had experience of working with other writers, this seemed like the safest way forward. As we were both huge Kylie Minogue fans we called our story Too Far, named after the opening track on her 1998 album Impossible Princess. Kevin included Too Far in his short story collection, also called Impossible Princess (City Lights Publishers). That’s the kind of generous and supportive guy he was. 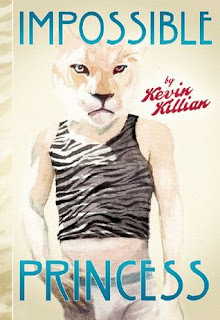 Kevin would often include himself as a character within his novels and stories, blurring the lines of reality and fiction. This is something he encouraged in my own writing, and I used Kevin Killian as a character in several of my stories, always with his approval. I think he got a kick from being featured in my porn work. He certainly gave plenty of encouragement. In 2012 when I wanted to self-publish a collection of erotic stories, Kevin volunteered to edit the book, completely unpaid. Another example of his huge generosity. I returned the favour by posing naked for his on-going photography project Tagged, which has been exhibited several times and he also used my photo when he collected several of the images for a limited-edition print run. The sheer number of novelists, poets and artists that he persuaded to stripped off for Tagged is testament of how much he was admired by his peers.
Kevin was fearless. Inspirational. One of kind. There will never be another like him and I'm honoured to have been part of his life and career. The man may be gone but his work will endure. If you haven’t discovered him already, what are you waiting for.