REVIEW ROUND UP: WRITTEN IN SCARS 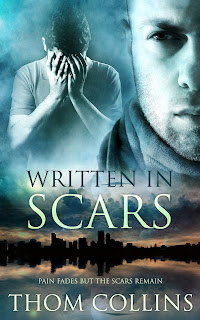 Written in Scars launched earlier this week and I’ve been overwhelmed by the response. I want to send a massive thank you to everyone who read the book ahead of release.


Check out a round-up the reviews.


The novella is a snapshot in time, taking place over a 24-hour period where Sam is finally shaken enough to make some serious decisions about how his life has been going. Sam needs to change his way of thinking about things. Logan has had to do that in the past and is supportive of Sam, but wonders if he should even contemplate being involved in such a messy situation.


The story was engaging – I read it in one sitting. It’s completely focused on the characters with both of their pasts fleshed out. It's told in alternating points of view that also includes Johan's. There are some serious issues addressed, with some tense moments and thoughtful consideration given to the current situation, the past and what the future may hold. Sam and Logan communicate well and are honest about their lives and I was rooting for them from the start. There were times I wasn’t sure what would occur and the story didn't always go where I thought it would on its way to a hopeful and appropriate HFN.

DIVERSE READER
Thom Collins writes a remarkable story that touches on more than just one traumatic event for one of his main characters. Yet, instead of the character being shown as a victim he is portrayed  as a survivor from his past events as well as for preceding events.
This is an amazing story, filled with hard truths, despair, compassion, and most of all the will to survive.
READ THE FULL REVIEW

The characters feel real as does their emotions.  I cannot imagine how poor Sam must have felt all those years of abuse, but I felt his pain and struggle to find some self-worth.  Though the book is short, it does not feel too rushed, yes ideally, I wish the book was longer, but I love stories that develop slowly.

The story is focused on how Logan, Sam, and even Johan, look at the importance of commitment. Each character also has to make choices in order to better their life, or not. The story is well written, intriguing, has passion and drama, and addresses mental abuse through some tense moments between Sam and Johan.
I’ve read many of Mr. Collins’ books, but Written in Scars is somewhat different as it deals with serious issues.
READ THE FULL REVIEW 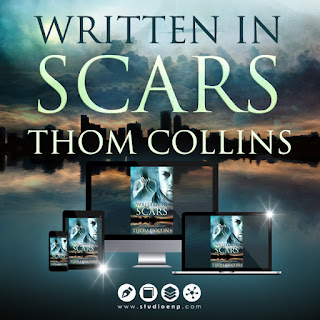