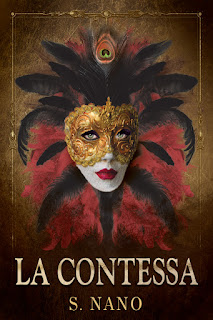 
The most decadent city…


The most perverted mistress…


She sends her maid, Julia, into the alleyways to search for a young man to act as her slave. Julia finds Roberto prostituting himself in the least salubrious district of Venice. He enters into La Contessa’s service to perform her bizarre and sadistic scenes.


From their first meeting there is a mutual attraction between maid and servant. The young couple engineer a series of sexual encounters, knowing the risks should their mistress discover them. Their situation is complicated when La Contessa rescues Becky and brings her to the palazzo as her submissive girl-slave. The interloper exposes Julia’s jealousies… and the feelings for her mistress.


How long can Roberto and Julia keep their love secret? Will Becky’s presence thwart their relationship? Will La Contessa’s scheming bring her the richest prize in all Venice? 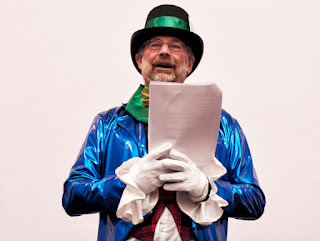 
La Contessa gestures for me to take up a position at the opposite side of her from Becky.


She’s dressed formally, in her wig, a rich embroidered gown, and as much make-up as I’ve seen her wear. She’s dressed to impress, and when I see her guest, I understand why. His gown is grand, its hood lined with ermine. But it’s the cane, capped with a silver winged lion, which provides the vital clue for me. Nobody would openly carry such an iconic symbol if they were not part of Venice’s ruling elite. The ensuing conversation confirms my suspicions.


“May I speak frankly to you, Contessa?”


“Yes, these are my servants. I trust them not to allow any report of our conversation to go beyond this room. They know the severity of the punishment if they do.”


“This is a delicate matter, Contessa. As you know the trade through Venice of late has declined, and the Doge and Council of Ten are, let me be frank, in straightened circumstances.”


“Allessandro Fernasse, I’m perfectly aware the interest on my loans to the Doge is due for payment in a matter of days. No doubt you’ve been sent here to crawl on behalf of the Council of Ten to renegotiate the interest payments. And, knowing the perverse lecher you are, I don’t doubt you’d also like to avail yourself of the entertainments I offer. You will see I have acquired a new slave and slave girl since you were last here. The girl is especially delicious don’t you think… and very willing.”


The corpulent representative of the Council of Ten squirms uncomfortably in his seat, sweat dripping from his forehead. I’m intrigued by this exchange. It explains a lot. Venice is a place where money rules. This must be the hold La Contessa has over the ruling elite of the city, making her untouchable in whatever she does.

“Yes, Contessa, on behalf of the Council I’m here to ask for a rescheduling of our debts.”


“Well, to discuss what mutually beneficial arrangements we might come to,” splutters Fernasse.


“Ha! You mean beg. And yes, I will make you beg! Get out of the chair onto your knees and crawl towards me.”


“But, Contessa, is it your intention to humiliate me?”


“Yes, indeed it is. Do as I say and get on your knees or there will be no negotiation. I will simply insist on the repayment of my loan. You know the consequences.”


Offered no alternative, Fernasse heaves his body out of the chair and gets down on his knees. He crawls the short distance to where La Contessa sits, her hand outstretched ready for him. He takes it in his hand and kisses it. There is a pause.


“Contessa, I beg you on behalf of the Doge and the Council of Ten to extend the period of your loan to the city for six months. We are expecting a fleet of merchant ships to arrive from the Far East by then with goods we can trade. I beg you to grant us this favour.”


“That’s better. And tell the Doge, next time he wants to reschedule his debts, he must come himself, and I will make him get down on his knees and crawl. I am minded to agree to an extension but I do have further conditions; a few trifles to satisfy my whims.”


“Yes, Contessa; let me know what they are. I’m confident we will be able to accommodate them,” said Fernasse, still on his knees.


“The first stipulation is that, on the final day of Carnevale, I will expect my barge to lead the procession along the Grand Canal, and for the ball to be held in my palazzo.”


“Why yes, Contessa, we would be honoured for you to host the Carnevale’s masked ball,” he says, relieved at the relative modesty of the request.