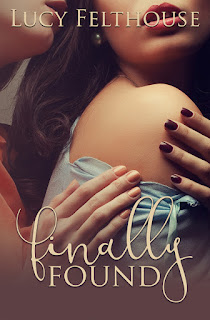 
Please note: This story was previously published as part of the Lover Unexpected: Sappho Edition anthology.


Natalia smiled as she caught sight of the familiar redhead sitting at a table in the hotel bar. Thankful for the thick carpet masking her footsteps, she walked up behind her friend, ensuring she wouldn’t be seen. Then she slipped her hands over her eyes. “Guess who?”


An excitable squeak, then, “Oh, I don’t know. Is it Scarlett Johansson?”


“Oh, shut up you silly cow, and come here.” With that, the redhead stood and turned, throwing her arms around Natalia and pulling her into a tight hug. “Hey, gorgeous. I missed you! How are you?”


“I missed you too, Ashleigh. I’m good, thanks. How about you? You look great.”


Disentangling from their embrace, Ashleigh looked down at her clingy black top and skinny jeans and shrugged. “Thanks. I’m okay, I guess. All the better for seeing you. It’s been forever. Come on, sit down. Let’s get a drink.”


They sat down, and a waiter appeared. Natalia suspected he’d been waiting at a safe distance until they’d finished their enthusiastic greeting.


He smiled. “What can I get you ladies?”


Natalia looked at her watch. “You know what, it’s Saturday and it’s after twelve. I’ll have a glass of white wine, please. Something mid-range and not too dry.”


Ashleigh piped up. “Make it a bottle. Thanks.”


The waiter nodded, gave a little bow and walked away.


“So,” Natalia said, settling back into the plush armchair, “how was your journey? I always find getting into London a total nightmare, but it’s not so bad once you’re here. The Tube may be sweaty and crowded, but at least it’s fast.”


Ashleigh nodded. “It was all right, actually. The train into the city was on time and not very busy, and, like you say, the Tube is quick and easy. It was pretty stress-free. You?”


“Much the same. I’m just glad we’re finally here. I can’t believe it’s been a year since we’ve seen each other. It’s so easy to forget that when we talk almost every day.”


“I know. I’m sorry. It’s just life gets in the way, doesn’t it? Especially as we live so far apart. And then there was all that stuff with Kayla…” Ashleigh lapsed into silence and dropped her gaze to the table.


Natalia didn’t know how to respond to that, so she just nodded sagely. Kayla had been Ashleigh’s live-in girlfriend, until the discovery of some text messages and emails tipped Ashleigh off that she was being cheated on. Despite all of Kayla’s pleas and declarations of true and undying love, Ashleigh had no intention of being a doormat, so she’d thrown Kayla out, and that was the end of it.


Of course, Natalia had known that Kayla was going to be thrown out before Kayla did. As soon as Ashleigh had found the incriminating missives, she’d gotten straight on the phone to Natalia for advice. And as much as Natalia wanted to tell her friend to get the hell rid of the cheating bitch, she also wanted her to be happy, so instead she’d asked Ashleigh if she thought she was being too hasty.


“Fuck no,” Ashleigh had replied, “as far as I’m concerned, she’s destroyed my trust. Once that happens things are never the same, so it’s not worth it. And if I meant that much to her, she wouldn’t have done it, would she?”