Today I'm lucky to be joined by author Monique Roffey, who has dropped by to talk about her new novel The Tryst.


1.      Women don’t beg for sex because we’re hard to please and we’re hard to please because our sexuality calls for a more intimate way of relating during sexual lovemaking. Sure, a hard fuck can clear the air, can be exciting, but generally, we need a heart connection during sex. Head, heart and yoni are connected, in most women. We aren’t split off. We don’t compartmentalize sex and love.


2.      Women are genernally monogamous. Sure bone fide poly women exist, and I admire them greatly, in their ethics and their ardour. But most, of us, I’d say, have a heart that’s made for loving only one other, or at least one at a time.

3.      PIV (penis in vagina) sex, as a means of pleasing women, is a lie. A woman’s centre of pleasure lies in her clitoris, not in the walls of her vagina. To be on the receiving end of a man thrusting a way for many minutes can be not only painful, but boring.


4.      Men really want to please women. They mostly need a woman who really knows herself to show them how.


5.      One significant, and little discussed, difference between men and women is sleep. We all go through several sleep patterns every night, which includes REM (rapid eye movement) in which we dream and are paralysed. During REM, men, all men, get an erection. Yes, several times a night, sleep arouses them. Hence men, most men, wake up with a boner, a cockstand; every morning. This can be welcome or unwelcome for most women. It’s a big difference in our sexuality. Men want to fuck first thing in the morning, every morning. Do we?


6.      Oxytocin. Don’t get me started. This is the chemical which bonds families and couples. We women secrete more of it than men. It’s the reason why, after an intimate encounter, we already feel loved and up men don’t. Because we secrete this chemical in much great quantities. Women need to know this, and take note. It is the biggest reason why the playing field around sex isn’t even. Oxytocin. We tend to love more and openly and easily than men and we need to take care of ourselves if we wish to be successful lovers and be successfully promiscuous.


9.      Eros is a trickster. You are stuffed if he strikes you with his arrow. Reason is left behind. You will be in for a bumpy ride. Get help.


10.  You will love again after a great love has passed. You will heal, get over it, and learn, and the next time your heart opens and you sex again, you will be a little more careful. We get better and managing sexual love affairs, not worse. We grow, we learn, and we are always ready to do it again. 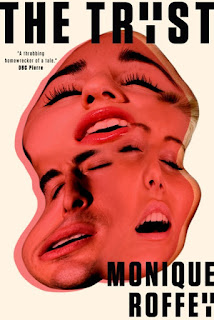 Before lunch we had sex again on the kitchen floor. Quickly, this time, me riding him. Oh, I like to be on top, to be the domina, the one who hostesses the show, who stages all the stunts with human males. I am the party thrower, the orgy mistress. I gave him a good fuck, massaging his cock with the muscles of my cunt, and the energy of him rose upwards through me and lit me up. This Bill was made to fit me and I was made to fit him; somehow I’d stumbled across him, this Adam. At first glance he was just a primary model: Husband, Father, the Average White English Male. Homme Vanille. Marks and Spencer Man. Nothing remarkable. Nicely castrated by the middle class feminists, cured of any alpha tendencies. He had been trained not to be dominant. Isn’t that what feminism has done, it has laughed the alpha males out of town. Masculinity is in crisis, say the clever ones these days. Feminism equalised women in the workplace and put men in the shed, where I found Bill. The male alpha doms went underground, thousands of them, to Internet fetish sites and their private dungeons and the like. There, many of my sistren operate, daemon-killers like me. Professional Dommes. Strangulators, ball kickers. Experts in humiliation, bestiality, fucking men up the ass with their strap-ons. Torturing testicles till they turn blue. We Lilatha exist in the shadows, in the twilight; we are around if you look for us. Many men do, those who like to submit. And they keep quiet when they find us. Few imps, like me, stalk the pavements in full view. That’s my kink, to fuck The Innocents, men like Bill. I like to dominate Mr Everyday.


Lunch was delicious and replenishing. We fell on fruit and gooey chocolate cake and ice cream and opened a bottle of red wine. I put on one of his vinyl jazz records and danced around naked. I’ll stay one more hour, I told myself. One more hour, just one. Janey-Wife has gone, this house is mine and we still want to fuck. I am not yet sated. Greedy thing I was, greedy for his cock. Bill couldn’t keep his eyes off me, he was entangled – miserably unsure of himself. Distant and yet high on that fuck-chemical of serotonin. It was coursing through him. It was like watching a new drug addict and any minute I might have to catch him from slumping to the floor. He was lust-drunk. But I wasn’t. I’d provoked this altered state in men many times before; I had left many husbands in this condition. Usually I fled well before this point. But I was still enjoying myself, still very much the sprite.


I danced naked for a while. Human men love to watch women dance in the nude and very few modern human women do. It is a dead art, relegated to the dim caverns and glossy tables of the lap dancing club. Burlesque strip-joints. Once, it was an art of the courtly harem and the well-paid hetaera; once it was part of Bohemia, of a social stratum of free thinkers and free lovers. Men have danced naked too, for women and other men. There is a long tradition of the Lust Arts. I find this an omission on the part of modern womankind as naked dancing puts men in a state of awe and gratitude. The Wife won’t do it, never did. Oh, human women divide their nature. Mother. Wife. Whore. They do not integrate. Good girls and bad. Few celebrate that they are both. So there I was rubbing myself and licking my lips, caressing my breasts, my hips, sliding my hand down between my legs. It was an act, a naked tease. This was one of my many carnival tricks. I have worked in burlesque clubs, learnt the art of grinding and wriggling, stripping off stockings, gloves. Doing what American strippers call ‘ass work’, removing strings of pearls from my pussy. I have a strong muscular vagina, able to pulse and milk my men. But I do not possess the agility of hookers in the bars and lap dancing clubs of the Orient. I cannot shoot ping-pong balls across the room. I surprised Bill with three small but succulent beetroot I had found in the fridge, already peeled and boiled. I dripped the purple ink over my quim, inserting them one by one, dancing them up and in. He laughed out loud and clapped for me and I took a bow. He knelt for me and ate as I released each soft warm beet into his mouth.


The Tryst By Monique Roffey
Blurb
London, midsummer night. Jane and Bill meet the mysterious Lilah in a bar. She entrances the couple with half-true, mixed up tales about her life. At closing time, Jane makes an impulsive decision to invite Lilah back to their home. But Jane has made a catastrophic error of judgment, for Lilah is a skilled and ruthless predator, the likes of which few encounter in a lifetime. Isolated and cursed, Jane and Bill are forced to fight for each other, and, in doing so, discover their covert desires.


Praise for The Tryst


“What makes The Tryst an unexploded virus isn’t just the quality and brightness of Roffey’s writing on sex, even as it uncovers inner glades between flesh and fantasy where sex resides – but the taunting clarity of why those glades stay covered. A throbbing homewrecker of a tale, too late to call Fifty Shades of Red.” 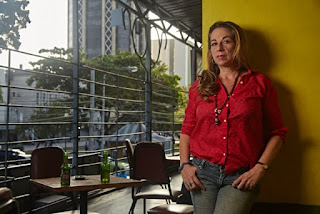 
Monique Roffey is an award-winning Trinidadian-born writer. Her novels have been translated into five languages and short-listed for major awards including the Orange Prize, Costa Fiction Award, Encore Award, Orion Award and the OCM Bocas Award for Caribbean Literature. In 2013, Archipelago won the OCM BOCAS Award for Caribbean Literature. Her memoir, With the Kisses of his Mouth, was published in 2011. She is a Lecturer on the MFA in the Novel at Manchester Metropolitan University. She divides her time between the East end of London and Port of Spain, Trinidad.