PRE ORDER ANTHEM OF THE SEA

You can pre-order Anthem of the Sea from today. 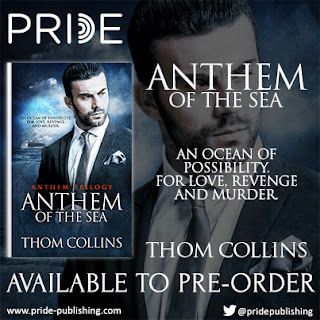 An ocean of possibility. For love, revenge and murder.

Daniel Blake, a handsome young singer, boards the Atlantic Anthem in Portugal for the final voyage of her maiden season. The state-of-the-art ship is the jewel in the Royal Atlantic cruise fleet. For Daniel, a one-time boy band member and TV talent show winner, it’s an honor to perform aboard such a vessel. Daniel loves the freedom and adventure of the sea. He began his solo career as a cruise ship entertainer and returning to the ocean as a headline act brings him full circle. He isn’t looking for love.

Neither is comedian Elijah Mann. Working at sea has given Elijah’s career the boost it desperately needed. Often considered too good-looking and sexy to be funny, work has been hard to come by since his TV show was canceled. With a potential new career opening up, he must remain focused. But when Elijah meets Daniel the attraction is mutual and instant. As the ship sets sail for England they have three days to get to know each other. Elijah can’t let that opportunity pass.

The voyage home is far from smooth. Also on board is a figure from Daniel’s past. A man who’s been holding a grudge for years, waiting for his moment. As a storm builds in the North Atlantic, Daniel and Elijah discover that the trip of a lifetime could be their last. 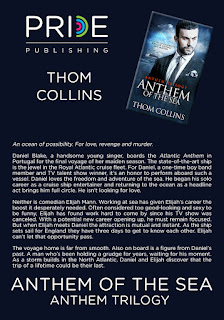