So Gods of Vengeance got its general release this week and the response has been amazing. The book even hit number 3 on Amazon’s quick read chart. I’m thrilled. I conducted a short blog tour to promo the book. A massive thank you to all the sites who hosted me this week. In case you missed any of the posts check them out below: 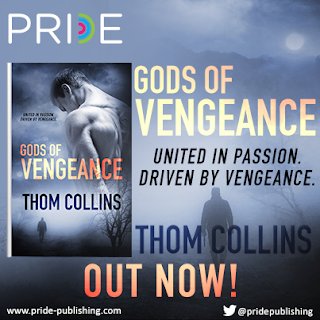 This week I also completed my re-write of book two in the Anthem Trilogy. I always find re-writes the most difficult and boring part of the writing process. It’s also the most crucial. It’s where the book takes shape. For me the first draft is always the best. Creating the story and enjoying the adventure as it unfolds. First drafts are where I have the most fun. Re-writes are where the work begins. But having reached the end, I’m happy with how this book plays out. Ninety percent of the story was planned in advance, so I didn’t get into trouble along the way. As a result, there were no major issues to fix in the second draft. I’ll set it aside for a couple of weeks while I work on the outline for book three, then get back to it for a polish and proof read. I’d like it all done and sent to the publisher by the end of April.


Of which there will be more news and a cover reveal very soon.
Posted by Thom Wolf at 09:12