OUT NOW: STORM WARNING Second edition only $0.99 for limited period 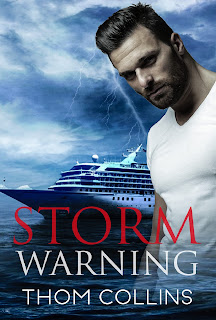 My 2020 novel Storm Warning is now available in a revised edition from Amazon in ebook, paperback and KU. If you have already purchased the previous version, then the new edition should automatically update in your Kindle library.

Well, to make a long story short, the original version did not go down quite how I planned. My intention was that Storm Warning would be the first novel in a series set onboard the cruise ship Atlantic Star. The first few books would be a set of loosely linked standalone romances that would conclude in a final novel which would tie everything together. As the first story, Storm Warning set up the format –a standalone love story between two men, Jamie and Dexter, who meet on the ship. It’s pretty self-contained delivering the happy ending the guys deserve. A short epilogue at the end of the book set up the premise for the series and ended on a cliff-hanger.

And there lies the problem. To say the epilogue didn’t go down well is putting it mildly. It was trashed. Reviewers who admitted they liked the book, marked it down for those last few pages. It seemed like everyone hated it. I should have made it clearer in the marketing that Storm Warning was the first of series, but by then the damage was done. Though I loved the book, the setting and the characters, the backlash cut deep, and I lost all heart for the series. 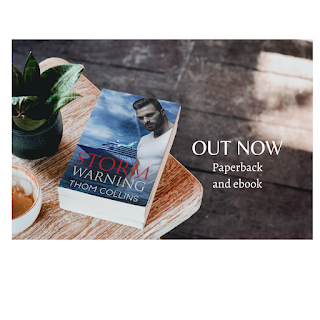 So now, this second edition revises the book into a complete standalone. The controversial cliff-hanger now appears as a deleted scene with author notes explaining my intention for the series and how it might have developed. Hopefully, fresh readers will be able to enjoy Jamie and Dexter’s story, without wondering WTF when they reach the end.

I love Storm Warning. I knew soon after publication, when I abandoned my plans for the series, that I would rework it into a single title, but it’s taken a little time and distance before I felt able to look at it again. Now that the disappointment of the original release has subsided, I’m delighted to present it again in this new version.

For a limited time the ebook is available for just $0.99