I'm delighted to share the cover and book info for my next novel North Point, due 7th July from Pride Publishing. I love this artwork. 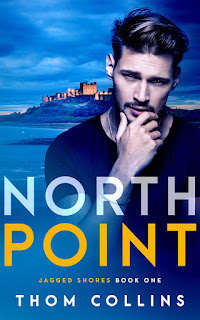 Will an idyllic summer holiday lead Arnie to the love if his life, or the end of it?