Happy New Year and best wishes to all. I’m delighted to be able to start 2020 with the cover reveal for my next book Never Too Famous which will be published by Pride on 10th March. 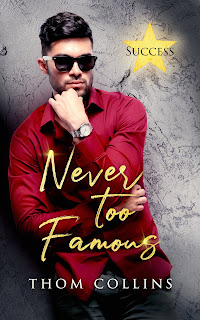 They’ll do anything for fame, whatever the cost.


When Harry arrives in Grant’s home city of Manchester, they have preconceived ideas about each other. As they realize they have more in common than they ever thought, they must overcome prejudice, rivalry and the social and professional barriers placed before them, if they’re ever to get together.


Never Too Famous is a novella and the first book in the Success series.


Fame, money, power. Some men will do anything for them. In every field, it’s a cut-throat race to the top, littered with deceit, passion and love. For those strong enough to get what they want, maintaining it is never easy. 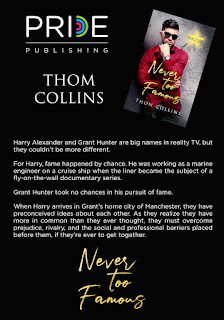