It’s been a few weeks since my last update, mainly because I needed a break after finishing the first draft of Anthem 3, but also because I’ve been on holiday (What’s that you say? Again?) I’ve always been a work hard to play hard kind of man, but I really did appreciate this break. I’ve been with my husband on a two week cruise around the Mediterranean, visiting Spain, Italy, France, Gibraltar and Portugal. The whole trip was wonderful. We met some lovely people, ate great food, drank lots of wine and saw some incredible places. Our final stop was Lisbon, Portugal before the two day voyage back to England, not unlike the trip Daniel and Elijah take in Anthem of the Sea, thankfully without the fierce storm and on board stalking.
So, now I’m back and ready to get stuck into work. Top of the to do list is rewriting Anthem 3. I have a love/hate relationship with second drafts. They are absolutely nessecary, the second draft is where I make any major changes and improvements, but I miss the excitement of writing the first draft. There won’t be any massive changes to the story or structure this time, because I fixed all of that at the outline stage. This is more about working on the prose and language. I’ve set myself a deadline to be done by the end of November. 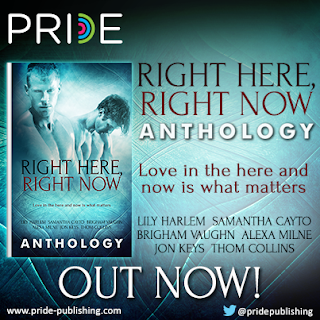 While I was away the anthology Right Here Right Now was released by Pride Publishing. This is a great collection of six stories, featuring my own contribution The Coach. You can get the full book right now from Pride’s website or any major ebook retailer. The Coach will also be released as a stand-alone title in November and is available to pre-order right now. 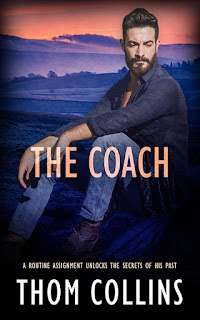 I’m now in the position of deciding what to do next. I still don’t know what’s happening with Anthem 2, if or when we can expect it, but rewrites of the third book will take me to the end of the year. I plan to work on a long book in 2018 but right now I’m not sure if I want to dive right into that or work on a couple of shorter pieces in the meantime. The Anthem Trilogy has been a long-term project, so part of me wants to play around before starting something big again. We’ll see. I have a few ideas I’d like to try out that would suit a 20-25K novella format.


Have a great weekend.