I hope it's been a good one so far. Now that all the festivities are out of the way, it's time to get back to work. 2017 is getting off to great start with the standalone release of Gods Of Vengeance, my story from Brothers in Arms. 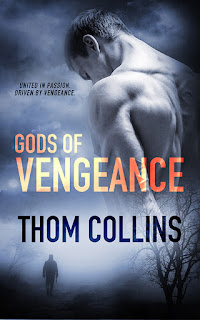 United in passion. Driven by vengeance.

Owen Hazard, a young farmer is dead. Murdered while he tried to prevent a robbery on his land. His older brother, Captain Mark Hazard, returns home for the funeral. Owen’s best friend, Riley runs the local pub. He has information about the night Owen was killed – he knows who was responsible. The police are doing nothing. Vengeance is their only option.

United in their passion for each other and a thirst for revenge, Riley and Mark must take the law into their own hands if there’s to be any justice for Owen.