The Inspiration for CLOSER BY MORNING

The inspiration for CLOSER BY MORNING

Closer by Morning was originally born from a desire I had to write something different from what I’d done before. I’d been pondering the idea of  MM novel for some time without ever setting anything down on paper.  Towards the end of 2014 I decided I was ready for a new direction; a new pen name, a new genre and new stories. It was time to get started.

I wanted to write a MM love story within the genre of a thriller. I was also determined to set the story where I lived, in Durham. So many books are set in the same major cities – London, New York, Rome etc.  Why not Durham? It’s smaller than those other cities, but is just as beautiful. Dating all the way back to 995 AD, it’s steeped in history. The mixture of ancient streets and modern design make the perfect location for a contemporary thriller like this one. 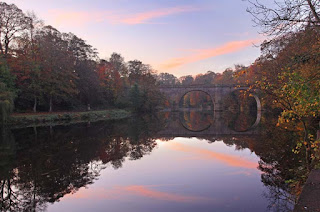 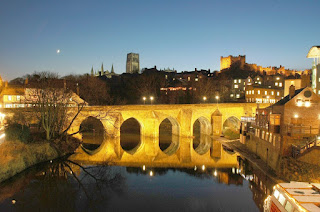 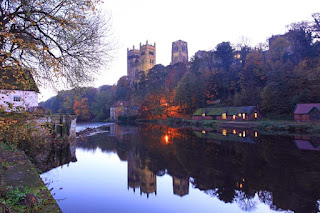 Despite the location I wanted to bring a bit of Hollywood glamour to my local city. This came in the form of one of my hero’s – the gorgeous Dale Zachery. Dale is an American actor who has known some success but his career is stuck in a rut, until he lands the lead role in a UK TV series. Dale is filming that show in Durham, putting him right at the heart of the action. Dale is a great character – he’s sexy, warm and funny. Unfortunately he’s stuck firmly in closet. Now that his career is finally on the up, he can’t afford to jeopardise it by coming out.

For the hunky American actor, I knew I had to have a sexy local boy. Matt Blyth is a successful lawyer. He’s young, smart and great looking. Matt is completely comfortable with himself and out to everyone he knows. Being in the closet holds no interest for him. When Matt and Dale meet, they ignite sparks.

They meet when a killer is prowling the streets of Durham. A sadistic predator who preys on young men. Men just like them.

While I knew the things I wanted to include in the story, there were also things I definitely didn’t want in there. I’m not a fan of angsty love stories. I read a lot of books where the characters spends most of their time bickering and arguing about nothing. Seriously, if I ever met one of those crazy boys who fly into a rage at the slightest misunderstanding, I would dump his ass. Dale and Matt had to fall in love and want to be together, not bitch about nothing the whole time. That meant the conflict had to something external – a very real danger. The Durham Strangler.

How did their stories play out and entwine? Well, I had a fabulous time finding out; developing themes and relationships. It was an absolute thrill ride.  I had so much fun writing Closer by Morning and I hope you’ll have feel exactly the same when you read it.

Available to pre-order now in both ebook and paperback formats.